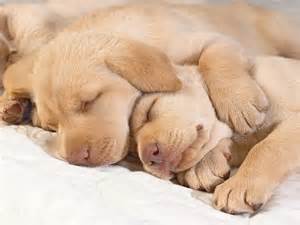 Sleeping pills are not safe for anyone! Not for people with congestive heart failure (CHF), Blood Pressure or any cardiac problems and not for healthy adults with insomnia. We are not talking about minor issues; we’re talking about problems leading to hospital re-admissions, death, or an increased risk for developing cancer!

According to information presented in May of 2014 at the Heart Failure Association of the European Society of Cardiology in Athens, Greece, the risk for a major cardiac event in patients discharged from the hospital with CHF is increased 8 fold. And, because patients with CHF often have insomnia, they are usually given prescriptions for sleeping pills!

In another article published in the February 2012 issue of the British Medical Journal, adults using sleeping pills that included Restoril, Ambien, Lunesta, Sonata, and some antihistamines such as Benadryl, had a 3 fold increased risk for early death and a 35% increased risk for developing cancer. Wow! People using as little as 1-2 sleeping pills per month had a 360% increase in these risks and those taking just one pill every 3 nights had a 530% increase in these risks.

This points out how important it is to find out why someone is not sleeping and to treat the cause rather than just suppressing the symptoms of insomnia.

If you have any questions call us at

Since its discovery in the 20th century, bay rum has been used as a tonic to treat muscle problems. It was found later on that the essential oil of bay, also known as bay oil or bay rum oil, contained antimicrobial compounds and other beneficial properties. Discover more about this spicy plant oil by reading the information below.

What Is Bay Oil?

Bay essential oil is obtained from the bay tree, an evergreen tree that originated in the West Indies, but is now harvested mostly in Morocco and Spain. The bay oil (Pimenta racemosa) is often confused with the bay laurel essential oil (Laurus nobilis). While these two plant oils share similar qualities, they come from two different plants.1

The bay tree is also different from the bayberry shrub, from which early American settlers produced candies. The bay tree belongs to the plant family that produces allspice berries, also called pimento and Jamaica pepper.2 It grows up to 30 feet and possesses long-pointed leaves, with small yellow or white flowers and black berries.

The oil is extracted from the fresh leaves of the bay tree through steam distillation. The product is a yellow liquid with a strong spicy fragrance, which resembles that of clove oil.

Like bay rum, West Indies bay oil is frequently used in cosmetics and perfumery, specifically in men’s personal care products. It also works as a skin toner and can help against razor burns and breakouts on skin.3 Unlike other plant oils, like rose or geranium oils (which are more “feminine”), its spicy and masculine aroma makes it a good choice for men.

Bay oil is also considered an analgesic in aromatherapy, relieving relieve muscle and joint pain and neuralgia. It may also be used as a massage oil or added to bath water to induce a relaxing effect. It is added to hair products like shampoos and for hair loss treatment. You may also use it to treat dandruff and oily or flaky scalp, and to give your hair a vibrant shine.4

Historically, bay rum oil served as an insect repellent, and is particularly effective at moth abatement.5 It is often added to fumigants, vaporizers, sprays, and other insecticides.

The essential oil of bay owes its analgesic properties to three chemical constituents: eugenol, chavicol (estragole), and myrcene. Because of the presence of eugenol, the oil can cause irritations and should be used under the guidance of an aromatherapy practitioner.

One of the main benefits of bay oil is its ability to ease pain brought by neuralgia,6 which is severe pain that occurs due to a damaged nerve. It can also stimulate blood vessel contraction, and relieve pressure on the nerves. This can considerably alleviate pain.

Bay oil can also reduce pain from joint and muscle problems (including sprains and arthritis), and coughs and colds, viral infections, and flu. It also functions as a decongestant and can be used to treat respiratory problems when inhaled.7

The prevention of hair loss is another promoted benefit of the oil from the West Indies bay tree. As an astringent, the oil triggers contractions in muscles and tissues. It fortifies the hold of scalp on hair roots, as well as strengthens gums and stops the sagging of skin and muscles. Hemorrhages can also be prevented when using bay oil, which can cause blood vessels to contract.

Bay oil, along with thyme oil, also showed antifungal activity. In a 2008 study, out of 26 plant species tested, thyme and bay oils were the most effective against Phytophthora cactorum and Cryponectria parasitica.8

Further research9 has demonstrated the antibacterial effects of bay essential oil, along with 9 other essential oils – cinnamon, grapefruit, lemongrass, thyme, clary sage, wintergreen, clove, allspice, and camphor. These oils were tested on methicillin-resistant Staphylococcus aureus (MRSA) and methicillin-sensitive Staphylococcus aureus (MSSA). Researchers found that these oils were more efficient in eliminating the bacterial strains than vancomycin, the primary drug used for MRSA and MSSA treatment.

How to Make Bay Oil

Bay essential oil is obtained when you steam-distill the fresh leaves of the bay tree. The leaves are gathered from a tree aged at least 5 year old. Salt or seawater is often added in the still. About 0.5 -1.5 percent of the weight by volume can be extracted into Bay Oil .

How Does Bay Oil Work?

Bay oil is primarily used topically. It can be used as a massage oil, or added to burners and vaporizers. Its effects, however, may vary depending on the amount you use. Higher amounts of bay oil may produce a sedating effect, while smaller amounts can serve as a stimulant.11

Here are several ways you can enjoy the benefits of bay essential oil:12

It is also crucial to remember that bay oil, as well as bay rum and the fruit of the Bay tree, possesses toxic properties and should not be ingested.13

Undiluted essential oils can cause skin irritations, and bay essential oil is no different. Prior to use, it must first be mixed with a carrier oil, such as almond oil, coconut oil, or olive oil. Bay oil blends well with several essential oils, including eucalyptus, lavender, geranium, rosemary, thyme, and orange oils.

Also, essential oils must first be tested to determine if you’re allergic or not. Doing a skin test before use is an ideal option. You may also apply a drop of the diluted bay oil on a small portion of your skin, and observe for any adverse effects.

Due to the compound eugenol, it is advisable to use very minute amounts of bay oil. It was found that the oil is not irritating to human skin at 10 percent, but it is still recommended to use topically a maximum concentration of 3 percent.14

Side Effects of Bay Oil

Although bay oil works as an antiseptic and decongestant for respiratory ailments, the oil’s eugenol content can irritate mucous membranes and skin. It should be used sparingly or upon the advice of a physician or professional aromatherapist.

The chemical’s presence also suggests that the oil may be hepatoxic and may halt blood clotting. It should not be used by people suffering from kidney and liver diseases and cancer, or those using anticoagulants. It is strictly advised not to apply the oil onto sensitive or damaged skin, as it can cause further harm.

Pregnant or nursing women should avoid the use of bay oil even after its dilution to prevent any sensitizations. Children and infants should also be kept away from bay oil due to their delicate nature. 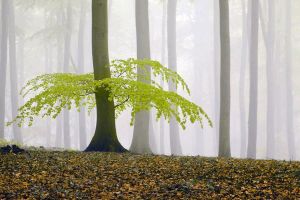 Below are my top five natural ways to lower blood pressure,

and by the way, it’ll happen fast! Some plans can take months to see results.

With my tips, some of which revolve around anti-inflammatory foods, you can

see results in just one day.

1. Switch to a Mediterranean-style diet

Thanks to foods such as olives and flax seeds, Mediterranean diets

oils. A grain-free or a low-grain Mediterranean diet, naturally abundant with

Some of the top foods you want in your

a lot of fruits and vegetables, all of which will help lower your blood

One of the main causes of high blood pressure is

inflammation in the arteries over time. Study after study have shown consuming fish oil, which is high in EPA and

of the body. So, taking a high quality, 1,000 milligram fish oil dose

3. Use magnesium to loosen things up

The mineral magnesium is great because it helps

blood pressure (and many people have a magnesium deficiency). So should

Yes, and 500 milligrams daily is a great dose to start with to address

4. Pump up your potassium

An essential element, potassium — and

sodium and guard against hypertension. Some of the best potassium-rich foods include

Coconut water is a great choice if you want

something a little bit sweet to drink through the day. Another delicious way to

the liquid base for your superfood smoothie in

milligrams of Coenzyme Q10 per day is a great, natural remedy for high blood pressure.

Even though these are natural ways to counteract hypertension, you should consult with

someone first.  Call us at