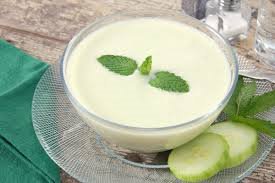 Cucumbers have been a popular vegetable used in Indian traditional medicine since ancient times. Known for their anti diabetic, lipid-lowering and antioxidant activity, cucumbers have a detoxifying, cleansing effect on the body.

More than just a way to reduce puffiness around your eyes, cucumbers also have some impressive benefits when it comes to fight free radical damage and inflammation. They contain some powerful polyphenol compounds that can help naturally slow aging, caused by oxidative stress.

After investigating the potential free radical scavenging abilities of cucumber, researchers from the Institute of Pharmaceutical Sciences in Haryana, India, report that within cucumbers “the presence of flavonoids and tannins in their extract, as evidenced by preliminary phytochemical screening, suggests that these compounds might be responsible for free radical scavenging and analgesic effects … Regular consumption of natural antioxidants from vegetables, fruit, tea, and herbs may contribute to a shift in balance toward an ample antioxidant status.”

One cup of cucumber(with the peel) has about:

Back to School Time is also Head Lice and Mites Season.

Whether you have a preschooler or someone heading off to college,

conditioner to get rid of Lice and Mites, and also to prevent them.

Yes, you can use this all over your body to get rid of body mites,