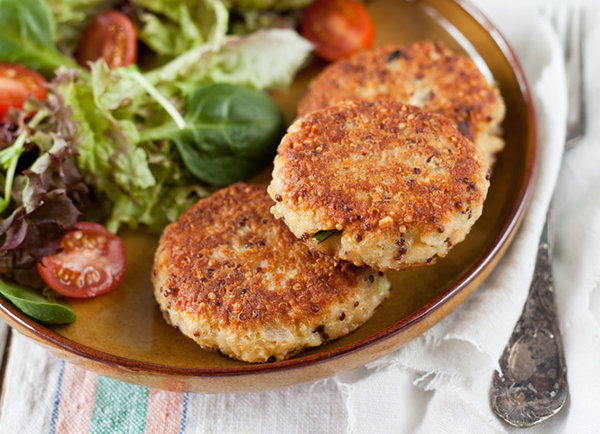 Preheat your oven to 400 degrees.

In a large mixing bowl combine 1 cup of the cooked quinoa with the inside of the baked sweet potato and mash together.

Add in your egg white, applesauce, and cinnamon and continue to mix.

Slowly add the remaining 1 cup of quinoa to the mix.

Form into patties and place on a baking sheet sprayed with olive oil. 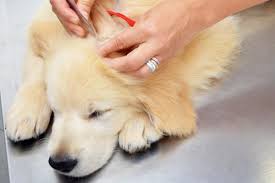 Is This The Most Commonly Misdiagnosed Illness?

According to the U.S. Centers for Disease Control and Prevention (CDC), an estimated 300,000 Americans are diagnosed with Lyme disease each year, although some data suggest it may actually be over 440,000.1,2 While exact numbers are difficult to ascertain, what is known is that the prevalence is rising.

Since national surveillance began in 1982, the number of annual Lyme cases reported has increased nearly 25-fold. The disease is also creeping out geographically.3,4 Between 1993 and 1997, 43 U.S. counties had a high incidence of Lyme disease. By 2012, the number of hotspots had risen to 182.5

Today, Lyme disease is becoming more widely recognized as an actual disease, but sufferers still meet plenty of resistance from the medical community and insurers. In years past, Lyme sufferers were often told their problem was psychiatric; in essence, the symptoms were “all in their head.”

“Under Our Skin 2: Emergence” is a sequel to the award-winning and Academy Award semifinalist documentary “Under Our Skin,”6 which exposed the hidden story of “medical and scientific malfeasance and neglect,” as thousands of people with Lyme disease go undiagnosed, or get misdiagnosed each year.

“Under Our Skin” had a tremendous impact, raising awareness among patients, doctors and health authorities alike. Since the film’s release in 2014, the CDC has raised its estimated prevalence of Lyme by 10 times, making it more prevalent than HIV and breast cancer combined in the U.S.

Even more importantly, scientific hypotheses presented in the film — such as the theory that Lyme organisms may thrive in biofilms, which helps explain why treatment is so difficult and recurrence so common — have now become widely accepted.

However, despite progress Lyme patients still face an uphill battle. “Emergence” examines the deepening crisis, as prevalence is rising far faster than the evolution of diagnosis and treatment.

Around the world, controversy around Lyme disease is still brewing, and the film reveals medical collusion and conflicts of interest that keep Lyme patients suffering. The film ends on a hopeful note however, by showing how patients in the original film have managed to improve their health and reclaim their lives.

The History of Lyme Disease

Lyme disease was named after the East Coast town of Lyme, Connecticut, where the disease was first identified in1975. 7 By 1977, the black-legged tick (Ixodes scapularis, also known as the deer tick) was linked to transmission of the disease.

In 1982, Willy Burgdorfer, Ph.D., discovered the bacterium responsible for the infection: Borrelia burgdorferi (B. burgdorferi),8 a relative to the spirochete bacterium that causes syphilis. The bacteria are released into your blood from the infected tick.

We now know there are five subspecies of B. burgdorferi with more than 100 strains in the U.S. and some 300 strains worldwide, many of which have developed resistance to antibiotics.

Part of what makes B. burgdorferi such a formidable foe is its ability to take different forms in your body, depending on the conditions. This clever maneuvering helps it to hide and survive.

Its corkscrew-shaped form also allows it to burrow into and hide in a variety of your body’s tissues, which is why it causes such wide-ranging multisystem involvement.

Increasing the complexity further, some symptoms may also be due to co-infections, caused by other disease-causing organisms that like to travel with the B. burgdorferi bacterium. Many Lyme patients have one or more of these co-infections, which may or may not respond to any given treatment for B. burgdorferi.

To learn more about the symptoms and prevention of Lyme disease, make sure to check out the award-winning films “Under Our Skin” and “Under Our Skin 2: Emergence.”

Since the late 1970s, the spread of Lyme disease has primarily been blamed on deer. However, more recent evidence suggests rodents like mice and rats are a far more serious threat,9 and the rise in Lyme disease has been traced back to the elimination of natural predators.

Ticks are not born with the Lyme spirochetes. They pick up the bacteria when feeding on an infected host.10 Research indicates that white-footed mice infect 75 to 95 percent of larval ticks that feed on them, while deer only infect about 1 percent.

According to a 1996 study,11 rats are even more infectious than mice, noting that “the capacity of rats to serve as reservoir hosts for the Lyme disease spirochete, therefore, increases risk of infection among visitors to … urban parks.”

Another study12 published the following year also found that Norway rats and black rats were exceptionally effective hosts, infecting nearly all ticks that fed on them.

The main predators of small rodents like mice and rats are foxes, birds of prey and snakes. Agricultural and urban sprawl has decimated the habitats of these natural predators of mice and rats, allowing disease-carrying rodent populations to rise unabated.

Moreover, while snakes and birds of prey like hawks, falcons and owls are losing their natural habitats, the coyote population not only is thriving in most states, but is also killing off the only predators of rodents left, namely foxes and cats.

A study13 that looked at these factors found that increases in Lyme disease in the Northeast and Midwest U.S. in the past three decades consistently correlated to declines in red fox.

It also found that as fox populations decrease and rodents increase, coyotes do not help control small rodent populations because they prefer much larger prey.

Besides mice and rats, and to a lesser degree deer, Lyme can also be spread by other insects besides ticks, including mosquitoes, spiders, fleas and mites.

Complicating matters further, there’s yet another tick-borne disease on the loose. Researchers have identified a tick-borne illness that is very similar to Lyme, caused by Borrelia miyamotoi (B. miyamotoi). The CDC14 describes B. miyamotoi as a distant relative to B. burgdorferi, being more closely related to bacteria that cause tick-borne relapsing fever. This disease is characterized by recurring episodes of fever, headache, nausea and muscle or joint aches.

This bacterium was first identified in Japanese ticks in 1995. Since then, it’s been found in several rodent species (and the ticks that feed on them) in the U.S., as well as in ticks feeding on European red deer, domestic ruminants and white-tailed deer. According to the CDC:15

“Given that B. miyamotoi uses the same vector ticks as B. burgdorferi and that the range of I. scapularis ticks continues to expand, it seems inevitable that the human population will be increasingly exposed to B. miyamotoi.”

What Makes Lyme Disease Such a Challenging Disease?

Symptoms of Lyme disease typically start out with unrelenting fatigue, recurring fever, headaches and achy muscles or joints. The disease may then progress to muscle spasms, loss of motor coordination and even intermittent paralysis, meningitis or heart problems. For a more complete list of symptoms, see the Lyme Research Alliance symptom’s checklist.16

On an interesting side note, a 2014 paper17,18 published in the journal Frontiers in Zoology argues that ticks should be reclassified as venomous; their salivary proteins being similar to those found in scorpion, spider, snake and bee venoms. An estimated 8 percent of tick species are in fact capable of causing paralysis with a single bite.

The simplest presentation of Lyme disease is the orthopedic forms, which tend to affect the larger joints. When the microbes and the associated immune reactions are situated in the connective tissue, the infection presents as a “vague, dispersed pain,” which is easily misdiagnosed as fibromyalgia.

A major challenge with Lyme disease is that its symptoms imitate so many other disorders, including multiple sclerosis (MS), arthritis, chronic fatigue syndrome, fibromyalgia and even Alzheimer’s disease, making proper identification difficult and time consuming.19 What’s worse, many Lyme sufferers outwardly look quite healthy and their blood work often raises no cause for concern, which is why Lyme disease has also been called “the invisible illness.”

A big problem facing Lyme patients and their treating doctors is the difficulty of reaching a proper diagnosis. Conventional lab tests are unreliable, and one reason for this is because the spirochete has the ability to infect your white blood cells. Lab tests rely on the normal function of white blood cells to produce the antibodies they measure. If your white cells are infected, they don’t respond to infection appropriately.

In order for blood tests to be truly useful, you need to be treated first. Once your immune system begins to respond normally, only then will the antibodies show up. This is called the “Lyme Paradox.” You have to be treated before a proper diagnosis can be made.

That said, I recommend the specialized lab called IGeneX because they test for more outer surface proteins (bands), and can often detect Lyme while standard blood tests cannot. IGeneX also tests for a few strains of co-infections such as Babesia and Erhlichia.

Patients and Doctors Fight for Recognition of Chronic Lyme

As if the difficulties of getting a proper diagnosis and treatment were not enough, Lyme sufferers face additional hurdles when they don’t fully recuperate after the initial treatment. The Infectious Diseases Society of America (IDSA), which publishes guidelines for a number of infectious diseases, claims there’s no scientific evidence to back up the theory that Borellia infection can become chronic.20

IDSA’s 2006 clinical practice guidelines for Lyme disease21,22 claim that Lyme is easily cured with two weeks of antibiotics, requiring 28 days in rare cases. However, the references they base this on reflect a clear bias. Of the 400 references they cite, half are based on articles written by their own people.

Their literature review in no way represents the total body of science related to the study of Lyme disease.23 An antitrust investigation into IDSA’s panel members conducted in 2007 also revealed rampant conflicts of interest. Unfortunately, such discoveries have not resulted in positive change.

In 2009, IDSA created a new panel to review the ethics of the original 2006 members that created the Lyme guidelines. The Final Report24 concluded that the original guidelines were “based on the highest-quality medical/scientific evidence available,” and that the authors “did not fail to consider or cite any relevant data.”

As a result, chronic Lyme patients continue having to fight for their right to treatment, as IDSA’s guidelines have sweeping impacts on Lyme disease medical care. Insurance companies frequently restrict coverage for long-term treatment based on IDSA’s guidelines. Physicians’ treatment decisions are also guided by its recommendations.

Opposing IDSA is the International Lyme and Associated Diseases Society (ILADS), the members of which argue that many patients suffer long-tem consequences and require far longer treatment than recommended by IDSA.

Signs of Slow but Steady Progress

There are signs of progress though:

The IDSA guidelines are also due for revision, although major changes are probably unlikely. On the upside, IDSA has reluctantly agreed to include a Lyme patient on its guideline’s panel this time, after being pressured by Lyme disease advocate groups, patients and U.S. Congressmen. Until the IDSA guidelines are updated, for which there is no known deadline as of yet, ILADS treatment guidelines are the only ones listed by National Guidelines Clearinghouse.

We have put out several articles on prevention of Lyme Disease, and ticks and fleas, lice etc.  If you need help in prevention, call us.   Don’t forget your pets!