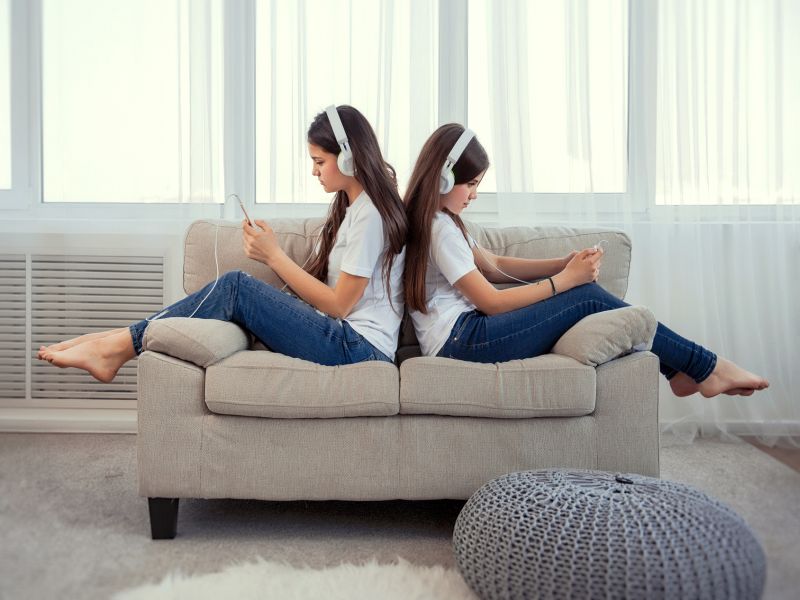 Too Much Time Online Raising Suicide Risk in Teen Girls

A spike in the amount of time teenage girls in the United States spend online is a likely culprit behind the surge in rates of depression, suicide and contemplation of suicide, new research suggests.

The finding stems from an analysis of fatal injury data collected between 1999 and 2015 by the U.S. Centers for Disease Control and Prevention, as well as two large ongoing surveys that have been tracking the thoughts of roughly a half-million American teens since 1991.

“Around 2012, rates of depression, suicide attempts and suicide itself suddenly increased among teens, especially among girls,” said Jean Twenge. She is a psychology professor at San Diego State University and the study’s lead author.

“We found that teens who spent more time online were more likely to have at least one suicide-related outcome, such as depression, thinking about suicide, making a suicide plan, or having attempted suicide in the past,” she added.

The researchers first reviewed CDC data concerning teen suicide, finding that the suicide rate for girls aged 13 to 18 had shot up by 65 percent between 2010 and 2015. The investigators then reviewed teen responses to the Monitoring the Future survey and the Youth Risk Behavior Surveillance System survey.

The polls revealed that the percentage of girls who said they’d experienced symptoms of severe depression had increased by 58 percent in that time frame. Hopelessness and suicidal contemplation had gone up by 12 percent.

At the same time, nearly half of teens who indicated they spend five or more hours a day on a smartphone, laptop or tablet said they had contemplated, planned or attempted suicide at least once — compared with 28 percent of those who said they spend less than an hour a day on a device.

Depression risk was also notably up among teens who spent excessive time on a device, the findings showed. Results of the analysis were published Nov. 14 in the journal Clinical Psychological Science.

Boys are likely to be affected in the same way as girls, Twenge said, although she noted that boys tend to “spend less time on social media and more time on games, which might not affect mental health as much.”

Twenge also acknowledged the possibility “that instead of time online causing depression, depression causes more time online,” but she said that prior research suggests that’s not the case.

“In addition, depression causing online time doesn’t explain why depression increased so suddenly after 2012,” Twenge noted. “Under that scenario, more teens became depressed for an unknown reason and then started buying smartphones — an idea that defies logic.”

That said, teens who spend less than two hours a day online do not appear to face any elevated mental health risks, suggesting there might be a practical sweet spot for device use short of total abstinence.

“So parents can try to limit their teens’ use to two hours a day [and] insist that phones be left outside of the bedroom at night to encourage better sleep,” Twenge suggested.

Scott Campbell, an associate professor of communication studies at the University of Michigan, took a wary stance on the findings. He said more research is needed to focus not just on how much time kids spend online, but on what they’re actually doing while online.

“Like food, alcohol, sex, shopping and just about everything else, too much screen time is bad for you. In that sense, I am not terribly surprised that the heaviest of media users in this study reported the lowest well-being,” he said.

“However, I am very cautious about the findings because we need to be open to the possibility that depression might drive young people toward heavy screen time, as noted in the study,” Campbell added.

Dr. Anne Glowinski, a child psychiatrist, expressed little surprise with the study findings, while also suggesting that increased device use could be driving teenage mental issues on many fronts.

“Online time could [also] be taking time away from time that is mental health-promoting, such as community activities in person, time with family, exercise or meditation,” Glowinski suggested. She is director of child and adolescent psychiatry education and training at Washington University School of Medicine in St. Louis.

As for parental advice, Glowinski suggested that “it’s a good idea to have clear discussions before placing a smartphone in your child’s hands.” She also urged parents to set clear rules so that children know their usage is limited, both in terms of when they can hop online and what they are allowed to do once there.