Walnuts Can Help Fill You Up

Research from Boston’s Beth Israel Deaconess Medical Center reveals that consuming walnuts affects a brain area that regulates hunger and cravings. This finding emerged from a study of 10 obese volunteers who spent two 5-day sessions in the hospital’s Clinical Research Center. During one of these sessions, the participants drank daily smoothies containing 48 grams of walnuts. During their other stay, the smoothies tasted the same and were nutritionally identical but contained no walnuts. At the end of each session, the researchers used functional magnetic resonance imaging (fMRI) to monitor the volunteers’ brain activity while they viewed images of hamburgers, desserts and other desirable foods as well as neutral items such as flowers, rocks and foods considered less desirable. After drinking walnut smoothies, the images of desirable foods triggered increased activity in a brain area called the right insula, which helps regulate appetite. This activity was much less pronounced in the fMRI monitoring that followed consuming smoothies that were walnut-free. Neither participants nor researchers knew during which session the walnut smoothies were served. The volunteers also reported that they felt less hungry during the session they received the walnut-rich smoothies. 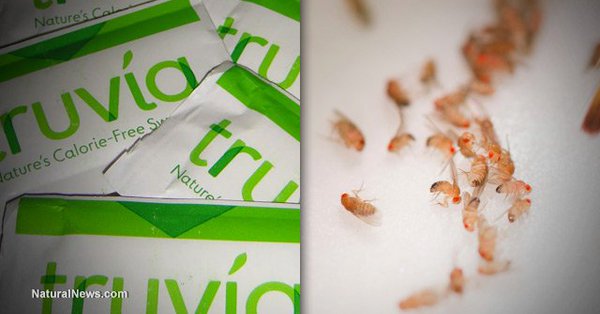 Truvia sweetener a powerful pesticide; scientists shocked as fruit flies die in less than a week from eating GMO-derived erythritol

Truvia sweetener is made from about 99.5% erythritol (a sugar alcohol), and 0.5% rebiana, an extract from the stevia plant (but not at all the same thing as stevia). A shocking new study published in the journal PLOS ONE (1) has found that Truvia, an alternative sweetener manufactured by food giant Cargill, is a potent insecticide that kills fruit flies which consume it.

The study is titled, Erythritol, a Non-Nutritive Sugar Alcohol Sweetener and the Main Component of Truvia, Is a Palatable Ingested Insecticide.

The study found that while fruit flies normally live between 39 and 51 days, those that ate the Truvia ingredient erythritol died in less than a week.

Erythritol is often indirectly derived from genetically modified corn, by the way. Cargill was forced to settle a class action lawsuit last year (2) for labeling Truvia “natural” when it’s actually made from a fermentation process whereby yeast are fed GM corn maltodextrin.

Cargill plays word games with this process, insisting that “erythritol is not derived from corn or dextrose feedstock; it is derived from the yeast organism.”

Yeah, okay, but the yeast are fed GMOs. So they’re playing mind games with their explanations.

There is a verified non-GMO erythritol available today, by the way, and it’s made by Pyure Brands, based in Florida.

Pyure Brands offers alternative sweeteners for the health-conscious marketplace, and their product is USDA Organic certified and Non-GMO Project Verified.

This story on Truvia’s insecticidal properties has really caught the attention of the public. Even CBS News (3), a mainstream media outlet that rarely covers the dangers of food additives, covered this story, reporting:

“The more you get [fruit flies] to consume erythritol, the faster they die,” Sean O’Donnell, a professor of biology at Drexel University in Philadelphia, told CBS News.

“We are hoping to develop it into a human-safe insecticide,” O’Donnell later says in the story.

The abstract of the published study concludes, “Here we show that Erythritol, a non-nutritive sugar alcohol, was toxic to the fruit fly Drosophila melanogaster.”

No other sweetener killed the fruit flies

Fruit flies were also subjected to feeding tests with sucrose and corn syrup, but those sweeteners didn’t kill them. Only erythritol had this effect, as it shown in the chart below:

Erythritol also interfered with the flies’ motor coordination, as stated in the study text:

Researchers were also able to determine that stevia was not the cause of the problem. They also tested Purevia and found it was safe for fruit flies. Only erythritol, the main component of Truvia, replicated the toxic effects on fruit flies.

Erythritol also exhibited a dose-dependent death response, meaning the more that was consumed by the flies, the more quickly they died.

What to make of Truvia’s usefulness as a pesticide?

Most people believe sugar alcohols are safe to consume, and perhaps they’re right. But maybe there’s some yet-unknown contaminant in erythritol that’s causing these toxic effects. Or perhaps it’s the GMO connection, since most erythritol comes from genetically modified corn. A really interesting study on this would test GMO-derived erythritol vs. non-GMO erythritol to determine if there’s any difference.

Many scientists might also argue that perhaps erythritol is perfectly safe for humans and only selectively toxic to insects because of their different physiology. That would be the best-case scenario.

If true, it opens up a positive conclusion to all this: What if erythritol could be used as a natural pesticide that replaces the toxic chemical pesticides sold by companies like Monsanto and DuPont?

Imagine, if you will, a natural, plant-based pesticide that could be sprayed on crops to kill insects, yet still eaten by humans in trace amounts with no ill effects. That’s the hope of this discovery: maybe sugar alcohols can be sprayed on crops or used in organic food production.

By the way, the idea for this research came from a sixth-grader named Simon D. Kaschock-Marenda, once again proving that science is available to everyone, including children. This is why I have openly called for enhanced science education in America — in the hope that more children can learn about scientific investigations and use their knowledge to help achieve a safer, less toxic world.

Visual imagination or visualization can be a potent tool for emotional well-being. It is mostly what we focus on when we daydream, and it can totally fascinate us when we engage in imagining what we desire.

A significant portion of the brain, the visual cortex, is responsible for processing visual imagination and other data coming from the retinas and optic nerves. When the brain is not occupied with that task, it is free to generate pictures of its own – from your brain’s perspective, the distinction between what you see and what you visually imagine is not large. The visual cortex can act as a conduit between the conscious and unconscious mind, giving access to parts of the nervous system that regulate body functions normally considered involuntary.

Meditation on visual images is a religious practice in Hinduism and Buddhism, where geometric designs of spiritual significance are used. Apart from its religious purpose, this sort of meditation is said to calm the mind and body.

Visual images that we pay frequent attention to can determine the set point of our emotions just as habitual patterns thought can, possibly more so, because they influence physiology so strongly.

To get a sense of the power of visual imagination, close your eyes and picture a lemon wedge, freshly cut and glistening with juice. Concentrate on making the image as clear and detailed as you can. Then visualize bringing the lemon to your lips, sucking on it, and biting into it. As you do this, chances are you will experience sensations in your mouth and salivation, just as if you had sucked on an actual slice of lemon.

Practitioners of visualization therapy, visual imagination and interactive guided imagery teach patients to modify health conditions by taking advantage of this mind/body phenomenon, often with good results. Over the years, I have referred many patients to such therapists and have seen benefit with problems ranging from atopic dermatitis (eczema) and autoimmunity to cancer and recovery from surgery.

To improve emotional well-being, I am experimenting with visualization in two ways:

Practice shifting attention from negative thoughts to mental images that evoke positive feelings. For example, think of an actual place where you experienced contentment, comfort, and serenity.

Select an image that you associate with your most positive moods and focus on it frequently. Take that scene from earlier, and recreate it in your mind’s eye. Each time you do, concentrate on sharpening the details, making the colors brighter, imagining sounds, physical sensations, and scents that might have been part of the experience. Keep that image as a place you can go to in your mind whenever you feel stressed, anxious or sad.

Find your own such place, and visit it mentally whenever stress threatens to overwhelm you.

If the negative mental and physical effects of unhealthy stress are affecting your day-to-day life, take steps to address it. Proper diet, lifestyle and supplements may be beneficial.  Call us at Health and Wellness Associates to get you on your personal wellness plan. 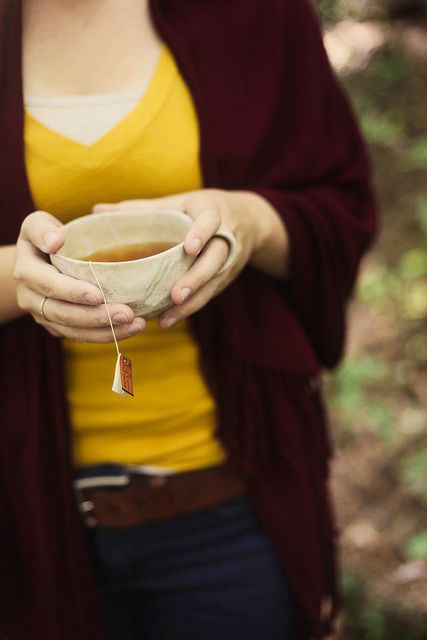