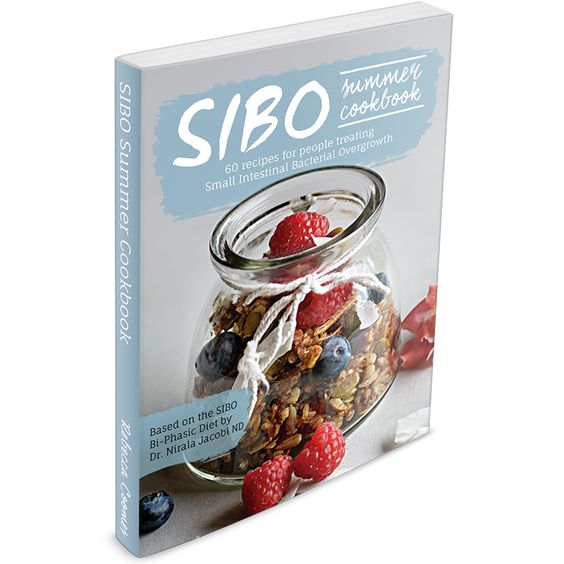 Small intestinal bacterial overgrowth or SIBO is a very common condition, and if you have it, many of the healthy interventions that are commonly recommended to improve gut health simply won’t work. They’ll actually make you worse.

“What happens in [SIBO], as the name kind of hints at, is you have an overgrowth of bacteria in the small intestine. What’s interesting here is it’s not an infection per se, because it’s not bacteria that shouldn’t be there. Oftentimes it’s bacteria that’s normal to the system. It’s just overgrown.

In SIBO, our goal [is to re-establish a healthy balance]. One of the ways we can achieve that goal is by using an elimination diet of one food group at a time , which … essentially just means prebiotics … compounds that feed bacteria.”

The classic symptom of SIBO is altered bowel function. Some will have constipation; others diarrhea, while some oscillate between the two. Abdominal pain, bloating or discomfort are also common telltale signs, and estimates suggest SIBO may be an underlying cause in a majority of IBS cases.

“This is where it gets challenging, because we can’t put SIBO just in the digestive box,”Ruscio says. “There may be someone who has a skin condition and a joint condition that is only attributable to their SIBO. I’d like to paint this perspective for people in terms of how to navigate this.

My philosophy is, once you’ve taken some steps to generally improve your diet and your lifestyle, if you’re still floundering, I think the next best step for most people … would be taking steps to ensure you have optimal gut health. Because there’s not necessarily a constellation of symptoms that would say you have SIBO or another gut condition. Rather, I look at it more as a sequencing maneuver.”

How to Diagnose and Treat SIBO

According to Ruscio, a breath test is the best method of diagnosis. This involves eating a preparation diet the day before the test, and then collecting a series of breath samples after drinking a solution of either lactose or glucose. Breath samples are typically collected every 15 to 20 minutes for about three hours.

“Essentially, what we’re looking for are the changes in the gas levels on those breath samples. Those can tell you if you have SIBO or if you don’t have SIBO,” he says. As mentioned, — in which you specifically avoid most fruits and vegetables — is often prescribed to address SIBO third class symptoms.

“Every gut is an ecosystem. Every gut does not require the same inputs to thrive. This is one phase where that ecosystem requires a reduction of — at least temporarily — from various  foods to allow things to rebalance …

Alternatively, you can perform a urinary organic acid test, which tests for over 100 metabolites in your urine. There are a number of characteristics ones that show up if you have SIBO, so that is an alternative diagnostic strategy.

It’s worth noting that what may appear to be nonceliac gluten sensitivity may actually be a sensitivity, or a histamine intolerance. Histamine is a neuroactive compound. It’s also a singling molecule for your immune system. And, like a low step-diet, the low-histamine diet can seem paradoxical, as it eliminates fermented foods, which are high in histamine, as are avocado, spinach and many fishes.

“Why this is important is because if we were living in an overly idealistic situation, then we could just wave a wand and say, ‘OK, you’re going to go grain-free, dairy-free, low-step, low-histamine and low-carb.’ But if you actually have to do that, things become really challenging.

What I have been seeing in the clinic is patients coming in afraid of food … They come in afraid to eat anything. Some of these patients are literally making themselves sick because they’re trying to adhere to two, three, four or five diet rules all at once. This is really pushing me to kind of open my mind a bit on grains.

I used to be much more antigrain. But noticing that some people had bigger dietary battles to fight, like   histamine — if they have to really focus on avoiding  histamine, we’ve got to give them some room somewhere else. For some, giving them some room to bring back grains into their diets actually is quite helpful …

I was eating, at one point, what I called the ‘lazy man’s paleo diet.’ I’d have a can of tuna with an avocado. That’s low-carb. It’s quick and easy. I’d wash it down with some sauerkraut and a kombucha. And then at lunch I’d have spinach along with some salmon. A lot of the convenient paleo, low-carb foods are fairly rich in histamine.

I remember very distinctly being at my desk working one day — a beautiful sunny day, with no reason for me not to be happy — and I had this fog over me. I was very irritable.

I was thinking to myself, ‘What the heck is going on?’ It took me a couple of days to put it together, but I was eating a high-histamine food at every meal. I was just saturating my system with histamine. I just needed to make a simple change of spacing out those high-histamine foods.”

In short, whether you’re suspecting a nonceliac gluten sensitivity or histamine intolerance, the key is to find a diet that does not irritate your gut. For many, this might be a low-carb, paleo-type approach, potentially with a reduction of histamine-rich foods.

“The nice thing about this is it only takes usually about two weeks to notice if one of these diets is working for you. This is what I walk people through in the book. ‘OK. You start here. We’ll give this diet a two-week trial, and then re-evaluate.’

You might be done with the diet at that point or you may have to make a tweak and give that another two weeks. It doesn’t take long. But it’s a series of self-experiments to see what works best for your system. And then once you’re feeling well, you know you’ve gotten the diet that’s the best for your unique gut ecosystem.”

With any ” gut” sensitivity or condition you may have, taking laxatives will not help with constipation, but it will produce more bacteria in your gut.  This is true of ant-acids, which again should never be taken with SIBO.

If you are having those problems, the answer is not another prescription, but ask a good health care provider for an alternative method.  You need someone who can look at the foods you are eating and detect which foods are causing the problem.   Keep track of the foods you eat!

As a general rule, once you start healing your gut, you should start feeling improvements in a couple of weeks to a few months. That said, some will respond within days, and be fully healed in weeks. It really all depends on what your problem is, and how severe the dysfunction. As noted by Ruscio:

I should mention, be careful with what you read about SIBO, because some circles would have you believe SIBO is this chronic condition that you can never heal … That’s not true for the vast majority of people. The prognosis is much more hopeful for healing the gut than most people realize. Healing can occur within weeks to months for the majority of people.”