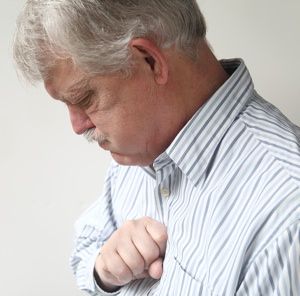 Proton pump inhibitors (PPIs) are among the most widely used medications in the U.S. This class of drug is used to treat chronic heartburn. Although the pain often happens in the lower to mid chest area, it is not related to heart disease or a heart attack.

Instead, heartburn pain happens when acid refluxes up your esophagus, burning the tissue. The fluid in your stomach is highly acidic, necessary for digestion of your food, protection against bacteria and absorption of many nutrients.

A variety of different reasons can cause this acidic fluid to pass the lower esophageal sphincter (LES) and burn your esophagus, but most cases of heartburn are due either to a hiatal hernia or Helicobacter pylori (H. pylori) infection.

Occasional heartburn is best treated with simple lifestyle changes, such as drinking a bit of apple cider vinegar in water right before or after your meals. Unfortunately, when you experience chronic pain over many weeks, your physician may prescribe a daily medication. PPIs are one class of those medications.

The top selling PPIs include Nexium, Prilosec and Prevacid, all available both as a prescription and over-the-counter (OTC). However, your doctor’s orders may actually do more harm than good in this instance, as these drugs tend to make your situation worse rather than better. 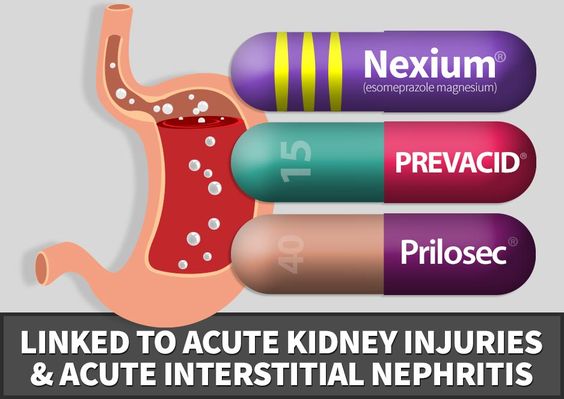 Your cells use a proton pump to produce acid. PPI medications are designed to inhibit the proton pump and reduce the amount of acid produced. PPIs do not specifically target the cells in your stomach, and stomach acid is usually not the primary trigger behind chronic heartburn.

This class of drug is not specific, and instead will inhibit any cell with a proton pump producing acid, whether those cells are in your stomach or not. Researchers from Stanford University and Houston Methodist Hospital in Texas believe this is the smoking gun behind the variety of dangerous side effects linked to PPIs.1

The production of acid in your cells is associated with a specific cleanup process. The cells use acid to clean out end products and garbage from metabolism and cell function. When the acid is not present, there is a buildup of these toxins in the cells, which may lead to the development of a variety of significant health conditions.2

Excess stomach acid is not often the cause for your heartburn. Quite the opposite is true. Low amounts of stomach acid and the subsequent overgrowth of bacteria changes the digestion of carbohydrates, producing gas. The gas increases the pressure on the LES, releasing acid into the esophagus, creating heartburn.

When Acid Levels Change, It Damages Your Body’s Ability to Function Properly 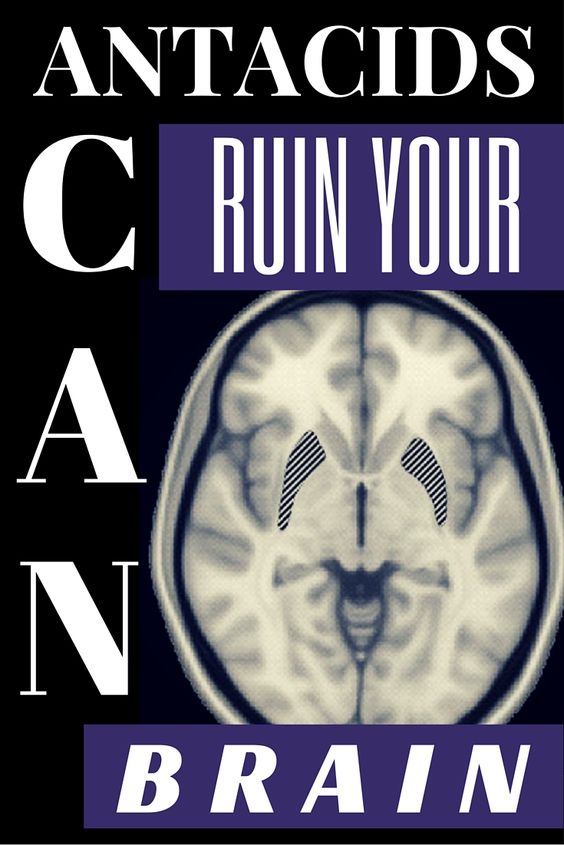 When PPIs were first approved by the U.S. Food and Drug Administration (FDA), they were designed to be taken for no more than six weeks. However, today it is not uncommon to find people who have been taking these drugs for more than 10 years.4 Long-term use has been associated with a number of different problems, including:

In addition to the side effects listed above, researchers are discovering other health conditions associated with the use of PPIs and other acid reducing drugs.

Even while on PPI medication, you may experience occasional heartburn. Immediate acting antacids used to neutralize the acid in your esophagus may offer relief. Just be aware that this is really only adding insult to injury.

What’s worse, some antacids also contain aspirin, which may heighten your risk of adverse effects. In 2009, the FDA issued a warning about severe bleeding associated with the use of aspirin.

Since that time, the FDA has recorded eight cases of severe bleeding resulting from using over-the-counter antacids to neutralize heartburn.19 In some of those cases, the individual required a blood transfusion to stabilize their condition.

“Take a close look at the Drug Facts label, and if the product has aspirin, consider choosing something else for your stomach symptoms.

Unless people read the Drug Facts label when they’re looking for stomach symptom relief, they might not even think about the possibility that a stomach medicine could contain aspirin.”20

What Barrett’s Esophagus Means to You

The risk of developing cancer of the esophagus is significantly higher when you have Barrett’s Esophagus. In past years, the more common form of skin cancer has been squamous cell carcinoma. However, researchers have now discovered if you have taken PPIs for an extended period of time and have developed Barrett’s Esophagus, you have an increased risk of a more aggressive form called adenocarcinoma.

In 1975, 4 people per million were diagnosed with adenocarcinoma, and in 2001 it rose to 23 people per million, making it the fastest growing cancer in the U.S. according to the National Cancer Institute (NCI).22

Adenocarcinoma is now diagnosed in 80 percent of all esophageal cancers.23 Researchers theorized PPIs would protect people with Barrett’s Esophagus from adenocarcinoma, but found the reverse to be true. Not only did PPIs not protect the esophagus, but instead there was a dramatic increase in the risk of this deadly cancer, discovered in two separate studies.24,25

PPIs May Raise Your Risk for Dementia, Kidney Disease and Heart Attacks

PPIs affect all cells in your body, which may explain why they have been linked to such deadly conditions as kidney disease, heart attacks and dementia. In the past, PPIs were linked to acute interstitial nephritis, an inflammatory process in the kidneys. In a recent study of over 10,000 participants, researchers found another link to chronic kidney disease.26

The team found that those using PPIs to treat heartburn were more likely than other individuals on different heartburn medications to suffer chronic kidney disease or kidney failure over a five-year period.

Dr. Ziyad Al-Aly, one of the researchers and a kidney specialist with the Veterans Affairs St. Louis Health Care System, said the findings illuminated a significant point: “I think people see these medications at the drug store and assume they’re completely safe. But there’s growing evidence they’re not as safe as we’ve thought.

PPIs have also been linked to dementia in people over age 75. In a study evaluating over 73,000 people over age 75 without any signs of dementia at the outset of the study, researchers made a startling connection. Of the individuals who developed dementia in the following seven years, those who regularly used PPIs had a significantly higher risk of the condition.

A large data-mining study performed by researchers from Stanford University discovered PPIs were also associated with an increased risk of heart attack, while other long-term heartburn medications were not.