Tinnitus, or chronic ringing in your ears, affects about 1 in 5 people. While it’s typically not serious, it can significantly impact your quality of life, and it may get worse with age or be a symptom of an underlying condition, such as age-related hearing loss, ear injury or a circulatory system disorder.1

In the majority of cases, tinnitus is diagnosed after the age of 50 years, however, recent research has shown that tinnitus in youth is surprisingly common and on the rise, likely due to increased exposure to loud music and other environmental noise.2

Worse still, it may be a sign of permanent nerve damage that could predict future hearing impairment. 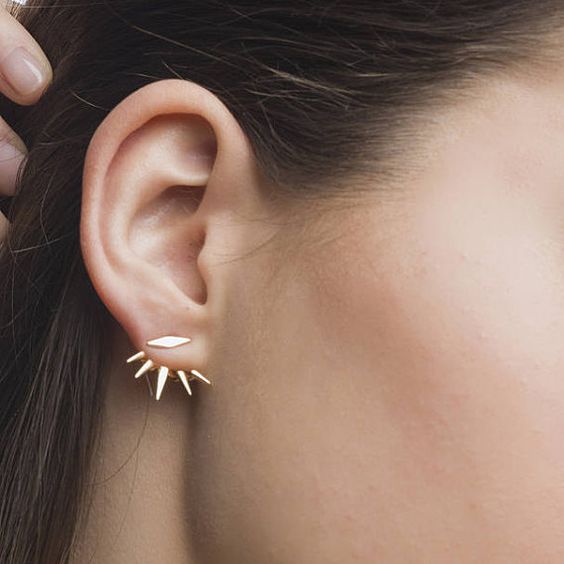 In a study of 170 students between the ages of 11 and 17 years, researchers from McMaster University in Canada found “risky listening habits,” including exposure to loud noise at parties or concerts, listening to music with ear buds and use of mobile phones excluding texting, were the norm.

More than half of the study participants reported experiencing tinnitus in the past, such as experiencing ringing in the ears for a day following a loud concert.

This is considered a warning sign; however, nearly 29 percent of the students were found to have already developed chronic tinnitus, as evidenced by a psychoacoustic examination conducted in a sound booth.3

Youth with and without tinnitus had a similar ability to hear, but those with tinnitus had significantly reduced tolerance for loud noise and tended to be more protective of their hearing.

Reduced sound level tolerance is a sign of damage to the auditory nerves because, when nerves used to process sound are damaged, it prompts brain cells to increase their sensitivity to noise, essentially making sounds seem louder than they are.

Prevention Is the Best Solution to Tinnitus

Because there is no known cure, the best solution is prevention. Study author Larry Roberts, Ph.D., of McMaster University’s Department of Psychology, Neuroscience and Behaviour has compared the emerging risks from loud noises to early warnings about smoking.

At this point, many people are unaware that listening to loud music via earbuds or at parties may be permanently damaging their hearing, particularly since they may still hear normally at this point in time.

If more people were aware of the risks, more would take steps to turn down the volume and give their ears a break. Roberts told Science Daily:4

The levels of sound exposure that are quite commonplace in our environment, particularly among youth, appear to be sufficient to produce hidden cochlear injuries … The message is, ‘Protect your ears.'”

Tinnitus Is Associated With Psychiatric Disorders and Stress

Further, there appears to be a close link between tinnitus and stress, such that stress may make tinnitus worse and vice versa. In one study, emotional exhaustion — or the feeling of being drained due to chronic stress — was a strong predictor of tinnitus severity.6

Further, stress is especially influential in the transition from mild to severe tinnitus, with researchers concluding, “Stress management strategies should be included in hearing conservation programs, especially for individuals with mild tinnitus who report a high stress load.”8

Also of note, many people with tinnitus first noticed the ringing in their ears during a stressful life event, such as divorce, being laid off, sickness in family members, accidents or surgery. As noted in the Journal of Neurology, Neurosurgery, and Psychiatry (JNNP):9

“These events can heighten the brain’s arousal, and the tinnitus may be noted cortically [by the cerebral cortex]. This interaction between reduced auditory sensation and brain compensation might explain why some people are very bothered by their tinnitus and others just adjust to it.”

The researchers have suggested that tinnitus is not simply a condition affecting the auditory system but rather is neuropsychiatric in nature, which would explain why it often occurs alongside cognitive and behavioral symptoms.

Other Tinnitus Associations to Be Aware Of: Sleep, Trauma, Headaches and More

Tinnitus is often described as a symptom, not a disease in itself, and it may result from a variety of conditions. Traumatic brain injury (TBI) is one common cause, with nearly 40 percent of military personnel with TBI also experiencing tinnitus.10

There are different types of tinnitus as well, and the variety may give clues as to its origin. For instance, tinnitus may occur in one or both ears and be described as:12

Abnormal bone growth in the middle ear, known as otosclerosis, may also cause tinnitus, as can damage to your vestibulocochlear nerve, which transmits sound from your ear to your brain. Such damage may occur from acoustic neuroma tumor or drug toxicity, for instance.

If this condition is causing you serious emotional or physical distress, seek professional help. In many cases, however, natural interventions such as those described below may help.

A slew of pharmaceuticals, including antidepressants, anxiety drugs, mood stabilizers and anticonvulsants, have been used to treat tinnitus.  A meta-analysis of a range of tinnitus management strategies revealed only antidepressants had a possible benefit, but even that study could not conclude that antidepressants were the answer.13

Considering their risks, and the fact that some antidepressants may cause ringing in the ears, non-drug options present the best course of action — and of these there are many.14

In many cases natural interventions, including the following, may help:

•Acupuncture: which was found to improve tinnitus severity and patients’ quality of life.17

In animal studies, ginkgo extract led to significant improvement in tinnitus, including complete relief in some cases.21 Melatonin also shows promise, and in one study melatonin supplementation led to a significant decrease in tinnitus intensity and improved sleep quality in patients with chronic tinnitus.22

•Organic black coffee: research has shown that women who consumed higher amounts of caffeine (mostly in the form of coffee) were less likely to have tinnitus.23

Specifically, women who consumed less than 150 milligrams of caffeine a day (the amount in about 12 ounces of coffee) were 15 percent more likely to develop tinnitus than those who consumed 450 milligrams to 599 milligrams.24 The researchers weren’t sure why caffeine may reduce tinnitus risk, although past research has shown it has a direct effect on the inner ear or may be involved through its role in stimulating your central nervous system.

•Stress management: including exercise, relaxation exercises and the Emotional Freedom Techniques (EFT), is important for tinnitus treatment and prevention.

If tinnitus is interfering with your quality of life, home remedies may help to relieve your symptoms (and if not, there’s no harm done in trying). Organic Facts compiled several examples worth considering:25

How to Protect Your Ears From Loud Noise Exposures

While there are many causes of tinnitus, loud noise exposure is a primary culprit, especially among youth. It’s far easier to prevent related damage to your ears than it is to treat it. The World Health Organization (WHO) recommends teens and young people take the following steps to protect their hearing and avoid hearing loss (although the advice applies to people of all ages):