Before getting into the risk factors that you can work to reduce, let’s cover the few that you can’t do anything about. 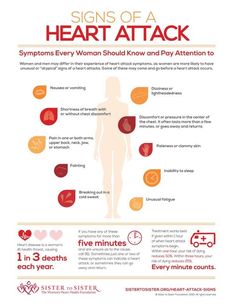 These four factors make up only part of the complex swirl of possible causes of heart disease. You can’t change your genes or age, but don’t despair. Instead, use that knowledge as motivation to address the risks you can change. These include:

You know the drill: Eat better, exercise, lose weight, and quit smoking. We know—easier said than done, but so worth it. That’s because the everyday choices you make today can halt the progression of heart disease tomorrow—leading to a healthier and likely longer life.

Let’s walk through the basic lifestyle choices you can implement to help make happen:

Heart failure as well as heart valve disease are both treated with some of the same medications, such as diuretics, which help rid your body of excess fluids. In heart failure, for example, fluid can build up in your lungs and make it difficult to breathe. You may also be prescribed digitalis, a type of drug that strengthens the contractions of your heart and lowers your heart rate. Beta blockers and anti-clotting medications are also among the drugs that may be used to treat both conditions.

How are you feeling today? If you’ve found yourself reading this, probably pretty crappy. Maybe you’ve been feeling listless and down for a lot longer than you expected, and it’s making you worry that you might have depression. Maybe you’ve just received a diagnosis of clinical depression and you’re looking for answers. We get it.  But we won’t let depression swallow you up.

What Is Depression, Really? 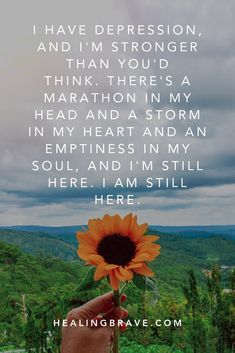 It’s normal to experience sadness. (Who didn’t cry when Simba couldn’t wake up Mufasa?) But unlike typical sadness or grief, time can’t and won’t heal Major Depressive Disorder (MDD), the term for clinical depression, which most people just call “depression.” It’s a common mental health condition that shows up like an unwanted houseguest and refuses to leave. This extended period of sadness or emptiness comes with a constellation of other symptoms, like exhaustion, sleep trouble, a shrinking appetite, overeating, sudden crying spells, and sometimes thoughts of suicide. Symptoms range in severity and must last for two weeks or more to receive an MDD diagnosis, though it’s rare than an episode would only last for that short time. Most people have symptoms for six months to a year, and sometimes, they can last for years.

Without treatment, depression won’t fade away on its own. Even if you do white-knuckle it through your first episode of depression, your chance of another recurrence is more than 50 percent. If you’ve had two episodes, that chance shoots up to 80 percent. Meaning, you’re going to want to deal with this sooner rather than later.

One hallmark of depression is an inability to experience pleasure, which is literally no fun. Losing interest in things you once enjoyed often means that your capacity to function at work and home takes a dive. In fact, depression is one of the leading causes of disability in the U.S., as 7.2% of Americans—17.7 million people—experience Major Depressive Disorder, each year.

Other Types of Depression

We talked about MDD (a.k.a. depression) but there are other types of depression. They include: 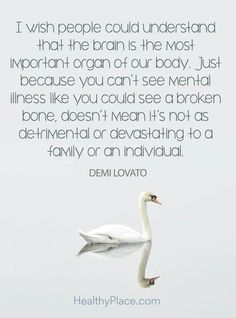 Depression strikes people at a median age of 32, but it’s important to remember that depression can happen to anyone, at any age, of any race, gender, or political affiliation. One out of every six adults will experience depression at some time in their life. Fortunately, depression is treatable. That’s why, at the first hint of symptoms, it’s important to make an appointment with a mental health professional who can help determine whether you have depression, and if so, which type—and most importantly, which treatment is appropriate for you.

You’re not going to like this answer, but no one knows for sure. That said, for the past few decades, the prevailing theory is that depressed people have an imbalance in their brain chemistry—more specifically, low levels of neurotransmitters like norepinephrine, epinephrine, and dopamine, which help regulate mood, sleep, and metabolism. We now know it’s a little more complicated than that.

Certain circumstances put people at a higher risk of depression, including childhood trauma, other types of mental illness and chronic pain conditions, or a family history of depression, but anyone can get depressed.

Scientists informed by decades of research believe that the following factors also up your risk of becoming depressed, but they can’t prove causality. Still, they can play heavily in the development of depression, so it’s important to be aware of them:

Do I Have the Symptoms of Depression? 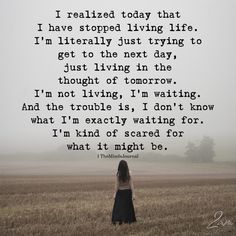 Wondering whether your feelings qualify for clinical depression? Those with MDD experience five or more of the below symptoms during the same two-week period, and at least one must be depressed mood or loss of pleasure. The symptoms would be distressing or affect daily functioning.