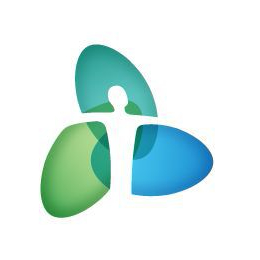 “High Anxiety” may have been Mel Brooks’ idea of funny, but it’s no laughing matter for more than seven million North Americans who struggle with insomnia, headaches, muscle tension, eating problems (too much or not enough) and relationship conflicts that general anxiety disorder can trigger. But there have been some interesting treatment approaches making the news.

A free smartphone app called Personal Zen, designed by a clinical psychologist, offers an anxiety-reducing game that helps shift your attention away from a seemingly threatening situation or thought to a nonthreatening one.

But immediately we wondered: “What if my battery dies? Or there’s an incoming call while I’m using the app?” So if you’re trying this, we suggest you find a quiet spot and put your phone on airplane mode.

Then there’s the recent study that suggests you shouldn’t try to calm down. Instead, reframe your feelings by convincing yourself that you’re excited, a far more positive revved-up feeling, say the researchers.

We say that may work if you’re nervous about public speaking, but not if you’re fretting about paying your bills or losing your job; those thoughts are never exciting!

We like a third approach: According to Johns Hopkins researchers, mindful meditation can ease anxiety symptoms for some folks as well as medication can.

Daily, sit comfortably in a quiet room for 10 minutes. Close your eyes. Breathe slowly, in and out. If thoughts pop into your brain, expel them as you exhale. You’ll decrease your stressful feelings, reduce inflammation and release feel-good brain chemicals.

People with heart disease spend a lot less on medications when they take steps to lower their risk of complications by doing things like getting enough exercise, avoiding cigarettes and keeping their blood pressure in check, a U.S. study suggests.

For the study, researchers focused on adults diagnosed with the most common type of heart disease, known as atherosclerosis, which happens when fats, cholesterol and other substances build up on artery walls.

When these patients did as much as they could to avoid so-called modifiable risk factors for heart disease – inactivity, obesity, smoking, high cholesterol, elevated blood pressure and diabetes – their total average annual pharmaceutical expenditures were $1,400, the study found.

But patients who did little to modify these risk factors had total average annual pharmaceutical expenditures of $4,516, researchers report in the Journal of the American Heart Association.

“Individuals who are unwilling to modify their lifestyles so as to have a favorable risk factor profile would most likely resort to medications to control the risk factors,” said lead study author Dr. Joseph Salami of the Center for Health Care Advancement and Outcomes at Baptist Health South Florida in Coral Gables.

“A person getting little or no exercise has a higher risk of obesity,” Salami said by email. “Someone obese is more likely to have diabetes, high blood cholesterol and hypertension.”

For the study, researchers examined 2012 and 2013 data from the Medical Expenditure Panel Survey, a national snapshot of spending based on surveys of almost 76,000 American patients, families, doctors and employers. The total pharmaceutical costs, reported in 2013 dollars, include patients’ out-of-pocket fees like co-payments and co-insurance as well as the portion of the tab covered by insurance or other sources, Salami said.

Among the survey participants, 4,248 adults aged 40 or older had atherosclerosis, representing about 21.9 million people in the U.S. population. They were 68 years old on average, and 45 percent were women.

Overall, average annual drug costs for each participant were $3,432. About a third of this was for cardiovascular disease drugs and another 14 percent was spent on diabetes medicines.

The remaining expenditures – more than half of the total – were for non-cardiovascular disease and non-diabetes drugs and were significantly associated with the modifiable risk factors, the study team notes.

Nationwide, this adds up to annual drug spending of $71.6 billion for patients with atherosclerosis, researchers estimated.

One limitation of the study is that it might overestimate expenditures because it’s possible some people prescribed medications for heart disease might be taking them for other reasons, the authors note. Researchers also lacked data on the type of insurance patients’ had or for individual characteristics of patients, doctors or pharmacists that might influence drug costs.

Costs should be considered in the context of how well treatments work, and the study doesn’t address this, noted Dr. Aaron Kesselheim, a researcher at Brigham and Women’s Hospital and Harvard Medical School in Boston who wasn’t involved in the study.

The study also isn’t a controlled experiment designed to prove that people will spend less on drugs when they make lifestyle changes to reduce their risk of heart disease, said Julie Schmittdiel of the Kaiser Permanente Northern California Division of Research in Oakland.

“It does suggest there is promise that addressing modifiable health behaviors will reduce costs,” Schmittdiel, who wasn’t involved in the study, said by email.

Knowing this might help motivate some patients to make changes, said Stacie Dusetzina, a pharmacy researcher at the University of North Carolina at Chapel Hill who wasn’t involved in the study.

“I think many of us realize how hard these risk factors are to modify,” Dusetzina said by email. “But having incentives that include feeling better and saving money may help with motivation.” 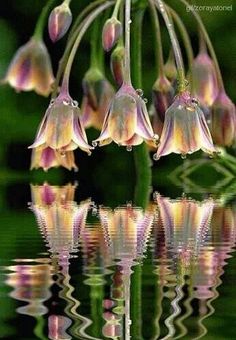 Your Child/ Young Adult is in Trouble

What causes people to make choices that could destroy their future, and why do they give

in to peer pressure? Could your child be headed down a dangerous path? Heed the

from home or locked in his or her room, this is a red flag. If your child/young adult  starts withdrawing from you or your spouse, there’s a reason. As a parent, it’s your responsibility to identify what’s behind the change.

Is your child/ young adult  garrulous and friendly one moment, then taciturn and angry the

next? Don’t just chalk it up to growing pains.  he or she may be hanging out with the wrong crowd,

One thing to do is not to let it just go, because they get bigger, they get stronger,

they get more rebellious. It’s never too late.

#3 warning sign: He or she starts abusing drugs or alcohol.

Young adults often start experimenting with drugs and/or alcohol unbeknownst to their folks.

If you suspect your child is using drugs, know the signs to look for.

There clearly is a higher incidence with teens if they’ve had this history in their family.

Maybe it’s genetic; maybe it’s not. Maybe it’s just that the modeling is there.

Don’t chalk your young adult truancy, vandalism or petty theft up to boys being boys, or kids never grow up. When your family member just seems to throw caution to the wind, not care about consequences — all around bad sign, It indicates a number of things, one of which is that they don’t have the ability to connect their choices with their consequences.

warning signs to look out for:

Declining grades, using street or drug language, a diminished interest in hobbies and a

lack of appreciation for family values.

You can’t be in denial about what’s going on. Don’t kid yourself that these bad

things just happen to other people’s kids. Know what’s going on with your

child. Make sure they understand the consequences of their actions.

Make sure they’re living consistent with the values you hold so important.

SILVER SPRING, Md. – The Food and Drug Administration issued a warning Friday that a group of drugs used to treat diabetes can cause severe and persistent joint pain.

A warning is being added to the labels of all types of dipeptidyl peptidase-4, or DPP-4, inhibitors, including sitagliptin, saxagliptin, linagliptin, and alogliptin, about the risk for joint pain.

DPP-4 inhibitors are used to lower blood sugar in adults with type 2 diabetes as part of treatment programs that also include changes to diet and exercise.

“Patients should not stop taking their DPP-4 inhibitor medicine, but should contact their health care professional right away if they experience severe and persistent joint pain,” the agency said in a press release. “Health care professionals should consider DPP-4 inhibitors as a possible cause of severe joint pain and discontinue the drug if appropriate.”

FDA researchers reviewed cases of severe joint pain due to the drugs as listed in the FDA Adverse Event Reporting System database, finding that patients developed persistent pain in their joints anywhere from one day to years after beginning the treatment.

Most patients’ pain went away within a month of discontinuing their use of the drugs, however those who either restarted the same drug or another found their pain returned.

The agency is asking patients and caregivers to report pain connected with DPP-4 inhibitors to their MedWatch program.