EMFs Linked to Risk of Miscarriage and Male Infertility

Electromagnetic fields (EMFs) are some of the most harmful and underappreciated threats to your health these days. Chronic exposure has been linked to a number of serious consequences, including a heightened risk for heart problems such as arrhythmias, neurological problems such as depression, autism and Alzheimer’s, and reproductive problems such as infertility, especially in men. 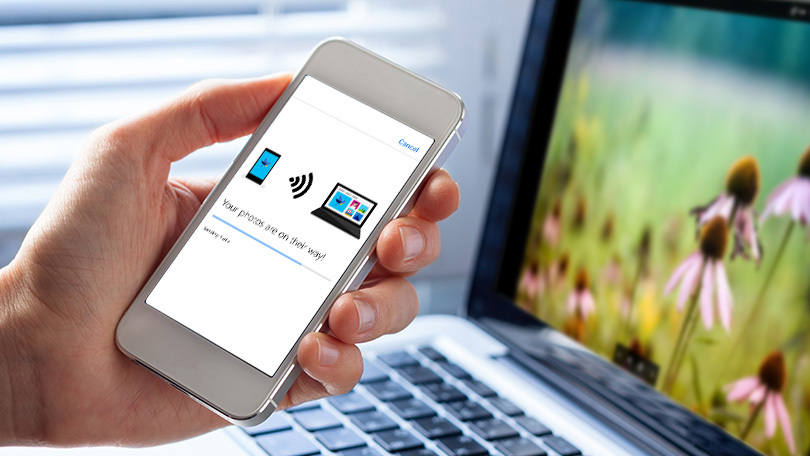 Dr. De-Kun Li,2 a lead author and senior research scientist at Kaiser Permanente’s research division, told Microwave News,3 “This study provides fresh evidence, directly from a human population, that magnetic field exposure in daily life could have adverse health impacts,” adding his findings “should bring attention to this potentially important environmental hazard to pregnant women.” According to Li, there are at least six other studies, in addition to two of his own, showing this link.

While such evidence is unlikely to put an end to the ongoing controversy over EMF exposure, Li’s research was praised by Dr. Anthony B. Miller,4 Professor Emeritus of epidemiology at the University of Toronto, who called the study “important” and “well-conducted” in an interview with Microwave News.

Even David Savitz, Ph.D., professor of epidemiology, pediatrics, obstetrics and gynecology at Brown University School of Public Health,5 who remains critical of the study’s findings, conceded to the publication that it’s “a very nicely designed study.”6

During Li’s 2017 study,7 the team sought to estimate pregnant women’s exposure to EMFs as accurately as possible, based on exposures encountered during a typical day. Data from 913 pregnant women were included. Magnetic fields were measured with a meter registering fields from 40 hertz (Hz) up to 1,000 Hz. The health risks were then evaluated based on peak exposures, opposed to averages over a 24-hour period (which has so far been the norm).

In 1998 — the most recent data available — an estimated 26% of the U.S. population was exposed to magnetic fields above 4 mG for more than one hour a day.8 Li did not find a dose-response in his study, however. He postulates the absence of a dose-response may be attributed to a threshold effect, meaning just about any exposure above 2.5 mG — be it just slightly over, double, or more — confers the same level or risk.

The team also found the risk of miscarriage was independent of the actual source of the magnetic fields. In other words, whether the exposure came from household appliances or nearby powerlines, the risk was the same. A 2002 study by Li showed that women with a max peak exposure of 16 mG or higher within a 24-hour period could have anywhere from two to six times the risk of miscarriage.9

At the time, he noted that “The association was stronger for early miscarriage (<10 weeks of gestation) and among ‘susceptible’ women with multiple prior fetal losses or subfertility.” In an effort to obtain a more stable measurement this time around, Li did not use the absolute maximum reading for the day but rather the 99th percentile, defined as the highest level of exposure sustained in a 24-hour period.

In addition to his own studies, Li also cites six other studies showing a link between magnetic field exposure and a heightened risk of miscarriage. These include:

In related news,15 the California department of public health (CDPH) issued a warning16 about EMF exposure in mid-December of 2017, urging people to decrease use of wireless devices and keep them as far away from your body as possible to minimize exposure.

Former CDPH director Dr. Karen Smith is quoted saying, “Although the science is still evolving, there are concerns among some public health professionals and members of the public regarding long-term, high use exposure to the energy emitted by cellphones.”

The public announcement appears to be the result of a 2016 lawsuit filed by Joel Moskowitz, director of the Center for Family and Community Health at UC Berkeley’s School of Public Health, who sued the CDPH for suppressing the release of its 2010 guidance document on the health effects of cellphone radiation.

The CDPH argued that releasing the document might cause confusion and undue alarm. They even claimed that as “a portion of the public,” the wireless industry and cellphone manufacturers would “likely have no interest in the dissemination of [a] cellphone guidance document.”17

Sacramento Superior Court Judge Shelleyanne Chang overruled most of the CDPH objections,18 ultimately directing the agency to release the document,19 which notes that studies have linked long-term, high use of cellphones to health problems such as:

Moskowitz told KCRA News, “The cellphone manufacturers want you to keep a minimum distance away from your body and you should find out what that distance is. If you keep the device by your body you will exceed the safety limits provided by the FCC [Federal Communications Commission].”20 To minimize exposure to cellphone radiation, the CDPH guidance document recommends:

How EMFs Cause Harm

EMFs have been shown to cause harm through a number of different mechanisms. As explained by Dr. Dietrich Klinghardt, one of my long-time mentors and founder of the Sophia Health Institute,21 the radiation affects your microbiome, turning what might otherwise be beneficial microbes pathogenic. Research by Martin Pall also shows that microwave radiation activates your voltage-gated calcium channels (VGCCs) — channels in the outer membrane of your cells.

Once activated, the VGCCs open up, allowing an abnormal influx of calcium ions into the cell. This increased intracellular calcium and the accompanying increase in calcium signaling appears to be responsible for a majority of the damage that occurs. For more details on this, please see my previous interview with Pall.

According to recent research, sperm concentration and quality has dramatically declined in the past few decades. One meta-analysis22 of 185 studies, the largest of its kind, showed sperm counts around the world declined by 50% to 60% between 1973 and 2011, with no signs of reversing or even slowing down. Lead author Dr. Hagai Levine, who called the results “profound” and “shocking,”23 believes human extinction is a real possibility, should the trend continue unabated.24

Testicular cancer is also on the rise. While endocrine disrupting chemicals are suspected as being the primary culprits, EMF exposure may also play a significant role in both testicular cancer and male infertility.

In May 2011, the cancer research arm of the World Health Organization, the International Agency for Research on Cancer, classified radiofrequency EMF — such as the radiation from cellphones — a class 2B carcinogen, meaning it is possibly carcinogenic to humans.25

When a man places a cellphone in his front pocket or a laptop in his lap, he’s radiating his testes, which — along with your brain and the pacemaker in your heart — have the highest density of VGCCs. What this suggests is that excessive EMF exposure can be a direct contributor to conditions such as Alzheimer’s, anxiety, depression, autism, cardiac arrhythmias and infertility.

Wi-Fi equipped laptop computers have also been linked to decreased sperm motility and an increase in sperm DNA fragmentation after just four hours of use.28 So, if you care about your reproductive health, avoid carrying your cellphone in your pockets or on your hip, and avoid using portable computers and tablets on your lap.

Prenatal EMF exposure may also raise a woman’s risk of having an autistic child. In 2012, Klinghardt conducted a pilot study in which he evaluated the EMF present in the bedroom where the mother slept during pregnancy. It turned out the average exposure of an autistic child to high frequency EMFs from household currents and microwaves from cellphones and other wireless technologies was twentyfold higher than that of the nonautistic children.

Unfortunately, the study never made it into publication, but it convinced him that EMFs were an unacknowledged factor that contributes to autism. Other research has also shown that microwave radiation from cellphones, Wi-Fi routers and similar devices concentrate twentyfold in the womb, meaning whatever the reading is outside the womb, the measurement will be 20 times higher inside the mother.

As noted by Klinghardt in my 2017 article, “Unfortunately, the membranes around the womb have that strange effect in significantly concentrating the ambient EMFs that the mother is in, reaching levels that are not sustainable for human development.”

How to Lower Your EMF Exposure

There’s no doubt in my mind that EMF exposure is a significant health hazard that needs to be addressed if you’re concerned about your health. You can read about many ideas for shielding yourself in my article, “The No. 1 Thing to Do to Protect Yourself From EMFs,” plus, here are several suggestions that will help reduce your EMF exposure: