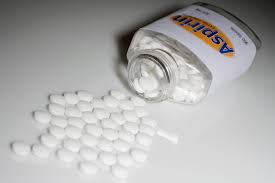 The humble aspirin, already a recognized ally in the battle against heart disease, is also a partner in slowing the spread of colon and pancreatic cancer.

Aspirin has already been found to reduce the risk of some gastrointestinal cancers, but scientists didn’t understand the mechanics behind the benefit.

Researchers knew that platelets, the blood cells involved with clotting, promoted spread of cancer by releasing chemicals that spurred the growth of cancerous cells, and by increasing the response of certain proteins that regulate tumor cell development (oncoproteins).

“The current study was designed to determine the effect of inhibition of platelet activation and function by aspirin therapy on colon and pancreatic cancer cell proliferation,” the researchers wrote.

In pancreatic cancer cells, low doses of aspirin stopped the platelets from releasing growth factor and hindered the signaling of the oncoproteins that cause cancer to survive and spread.

Only very high doses — larger than are possible to take orally — were effective in stopping growth in the metastatic colon cells, said the researchers.

The study was published in the American Journal of Physiology — Cell Physiology.

Other research has also found that aspirin can be a powerful weapon against cancer.

An article published in the Journal of the American Medical Association found that patients who used aspirin after being diagnosed with colon cancer had a 29 percent lower risk of dying from cancer than aspirin nonusers. In addition, those who used aspirin for the first time after a diagnosis of colon cancer reduced their risk of colorectal death by 47 percent.

A study from the University of Oxford found that a daily aspirin reduced the risk of developing cancer of any kind by about 25 percent when compared to controls who didn’t take aspirin. After five years, the risk of dying in the group taking aspirin was reduced by 37 percent.

Chinese researchers found that women who took aspirin lowered their risk of developing lung cancer by 50 percent if they’d never smoked — and a whopping 62 percent if they smoked. 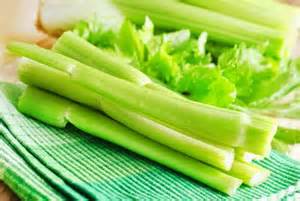 cells in your pancreas, a University of Illinois study has shown.  Celery contains apigenin, a

compound that tinkers with the DNA of abnormal cells, forcing them to self-destruct.

Apigenin is also abundant in parsley, spinach and red wine.

We know that people who have diabetes, gout, BPH, ED, rheumatoid arthristic and several

other diseases are prone to pancreatic cancer.

Do not eat fresh spinach if you have any kidney or urological problems.