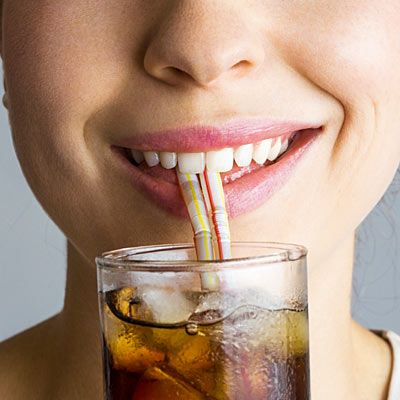 Drinking diet soda may raise the risk for a severe type of diabetic eye disease that can lead to blindness, a new study says.

The study, published in Clinical and Experimental Ophthalmology, is the first to evaluate the link between soft drinks and what’s called proliferative diabetic retinopathy.

“In our clinical sample of people with diabetes, consuming more than four cans, or 1.5 liters, of diet soft drinks per week was associated with a twofold increased risk of having proliferative diabetic retinopathy,” first author Eva Fenwick, PhD, told Medscape Medical News. Fenwick is a clinical research fellow at the Singapore Eye Research Institute and an assistant professor at the Duke-NUS Medical School, Singapore.

The study did not find the same results among those who drank regular, sugar-sweetened soft drinks.

Diet soft drinks have been marketed as healthier than regular soft drinks, yet a growing body of evidence has suggested that artificial sweeteners may also harm your health. Past research has linked diet soda to a higher risk of diabetes, heart disease, and stroke.

Some researchers believe that diet beverages may “fake out” the body to assume that it has taken in more energy than it really has. That may lead to more hunger and higher calorie intake in the long run.

The study included 609 adults — 73 with type 1 diabetes , 510 with type 2 diabetes, and 26 with an unknown type of diabetes — at an eye hospital between 2009 and 2010. The average age of the participants was 64.6 years. They came from the Diabetes Management Project, a study of English-speaking adults with diabetes in Melbourne, Australia.

Participants reported how many soft drinks they drank as part of a 145-question food questionnaire. Of the total sample, 46.8% drank regular soft drinks, and 31.2% drank diet soft drinks.

Those who drank more than four 12-ounce servings of diet soda a week were 2.5 times more likely to have the disease, researchers found. The researchers adjusted results for things that usually make diabetic retinopathy more likely, such as diabetes duration, smoking, and body mass index.

Those who regularly drank sugar-sweetened soft drinks were not as likely to have the disorder.

“Our finding that regular soft drink was not associated with increased risk of proliferative diabetic retinopathy could be due to the small numbers of high consumers. We had to merge the high-consumer category with the moderate-consumer category, and this may have masked the true relationship,” Fenwick told Medscape Medical News.

“Although the results of our study must be interpreted within the context of several limitations, they add to the growing body of literature on the harmful effects of diet drinks on a range of health outcomes, including CVD [cardiovascular disease], diabetes, and metabolic syndrome,” Fenwick said.

The main component is aspartame that is causing the problem.  I know of only one company at this time , Shasta, that is a diet soft drink without aspartame.  With that one needs to drink one glass of water for one glass of soft drink.