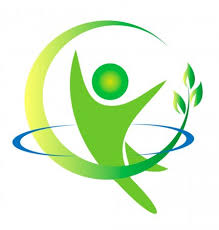 Small respiratory droplets produced while talking can hang in the air for at least eight minutes and perhaps even longer, researchers report.

The finding could explain why new coronavirus infections are more common in nursing homes, cruise ships and other confined locations with limited ventilation, the Washington Post reported.

As reported previously, always make sure that staff in a Nursing home are wearing masks, not necessarily needed by patients.  Also Staff must change into their scrubs or work clothes at the institution they are working at, not dressing from home and coming to work in their scrubs.  Covid adhere to clothing.

The researchers used laser light to assess levels of small respiratory droplets that leave people’s mouths when they speak. The study was published May 13 in the Proceedings of the National Academy of Sciences.

“Highly sensitive laser light scattering observations have revealed that loud speech can emit thousands of oral fluid droplets per second,” the researchers at the U.S. National Institute of Diabetes and Digestive and Kidney Diseases and the University of Pennsylvania wrote.

It’s been suspected that small droplets can spread the new coronavirus, but there are conflicting opinions among experts. There is widespread agreement that the virus is typically spread through large respiratory droplets, the Post reported.

This new study did not involve the coronavirus or any other virus, but instead just looked at how people generate respiratory droplets when they talk, the Post reported.

The experiment focused on small droplets that can linger in the air much longer. These droplets could contain enough virus particles to infect someone, the authors said, the Post reported.

Louder speech produces even more droplets, the scientists added. Just one minute of “loud speaking” could generate almost 1,000 virus-containing droplets that stay in the air for more than eight minutes.

“This study is the most accurate measure of the size, number and frequency of droplets that leave the mouth during a normal conversation and shower any listeners within range,” Benjamin Neuman, a virologist at Texas A&M University-Texarkana, told the Post.

The research “doesn’t directly test whether the virus can be transmitted by talking, but it builds a strong circumstantial case that droplets produced in a normal close conversation would be large enough and frequent enough to create a high risk of spreading SARS-CoV-2 or any other respiratory virus between people who are not wearing face masks,” Neuman told the newspaper.

Andrew Noymer, a University of California at Irvine epidemiologist, told the Post that, “speech creates droplets that breathing alone does not. That much is clear. Big mouths of the world, beware. You’re putting the rest of us at risk.”