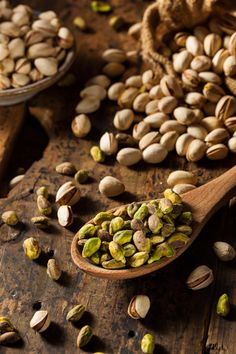 This year, the WHO, ( World Health Organization) is focusing on diabetes in order to increase awareness about its rise and staggering burden and consequences, in particular in low-and middle-income countries. The International Nut & Dried Fruit Council (INC) wants to raise awareness about the importance of nuts in the treatment and prevention of this disease.

Cyril Kendall, PhD at the department of Nutritional Sciences at the University of Toronto, explains that this increase of prevalence is linked to our changing lifestyle. “We are becoming less active and our diet is becoming overly processed. This unhealthy diet not only increases blood glucose levels but it also leads to an increase in body weight which further increases the risk of developing diabetes”. Kendall, who has been studying the relation of nut consumption and diabetes, says that “based on the current scientific evidence, nuts may play an important role in improving the risk factors for this disease. Population studies have shown that frequent nut consumption is inversely associated to diabetes development and clinical studies indicate that nuts can help to improve blood glucose control in diabetes”.

In fact, nut consumption has been associated with beneficial effects on glucose and insulin levels, according to the latest studies about the relationship between nut intake and type 2 diabetes (T2D). The PREDIMED study concluded that the results of two Mediterranean Diet groups which added extra virgin olive oil and nuts reduced the risk to suffer diabetes by 52%. In addition, researchers at the Human Nutrition Unit, from Rovira i Virgili University, have proven that the intake of two ounces (57 g) of pistachios per day has a significant effect: it decreases fasting glucose, and favors insulin and the homeostasis model assessment of insulin resistance. Also, researchers at the Shih-Chien University and the Chang Gung University of Science and Tech (Taiwan), have shown that 60 g/day almond consumption improved glycemic control in patients with T2D.

Currently, about 400 million people (more than 5% of the world’s population) have T2D. It is estimated that by 2035 there will be almost 600 million people living with T2D and almost 900 million people with pre-diabetes, a silent state associated with a high risk of several deadly conditions including T2D, heart disease, hypertension, strokes and early death.