( WARNING THAT THE LANGUAGE IS STRONG)

THE QUESTION IS WHY?

Anyone who thought the US military was preparing to force vaccinate every American with a coronavirus vaccine has just found strong evidence to confirm the plan. According to a press release from the US Dept. of Defense, featuring an announcement from Lt. Col. Mike Andrews, the DoD is partnering with HHS to acquire 500 million ApiJect vaccine injection devices, with deliveries expected to begin in October of this year.

According to the press release:

Spearheaded by the DOD’s Joint Acquisition Task Force (JATF), in coordination with the HHS Office of the Assistant Secretary for Preparedness and Response, the contract will support “Jumpstart” to create a U.S.-based, high-speed supply chain for prefilled syringes beginning later this year by using well-established Blow-Fill-Seal (BFS) aseptic plastics manufacturing technology, suitable for combatting COVID-19 when a safe and proven vaccine becomes available.

The ApiJect syringes come with an optional RFID tag so that health care workers can track the GPS location and identity of the individual being injected. Via the Apiject.com website:

With an optional RFID/NFC tag on each BFS prefilled syringe, ApiJect will make this possible. Before giving an injection, the healthcare worker will be able to launch a free

Yes, you will be tracked, tagged, bagged and injected, most likely against your will.

Don’t forget that this is being married with President Trump’s “Operation Warp Speed” which aims to bypass all the usual protocols of vaccine safety testing and clinical trials, delivering up to 300 million coronavirus vaccine doses before the end of calendar 2020. 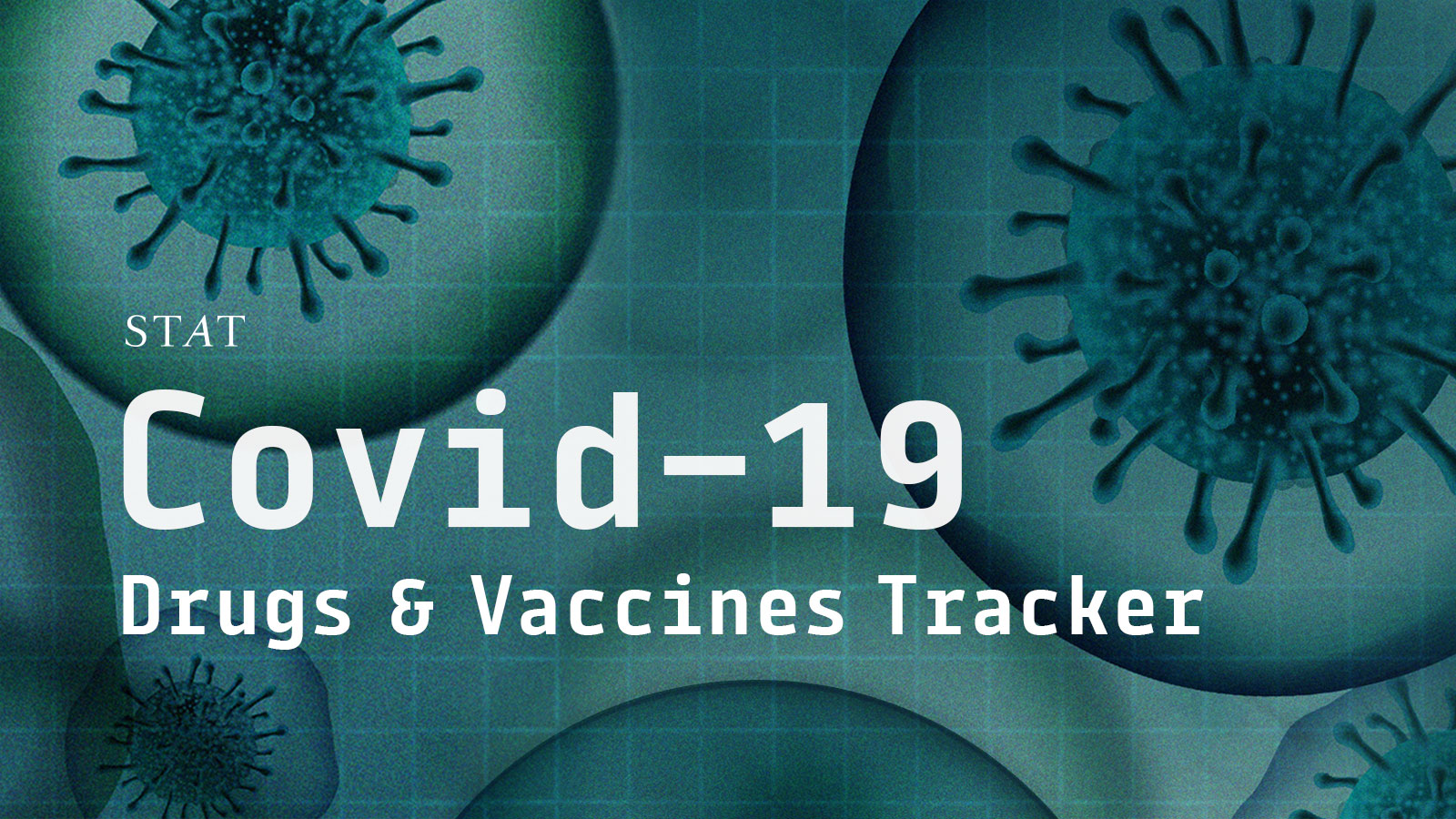 The $138 million contract aims to achieve, “the ultimate production goal of over 500 million prefilled syringes (doses) in 2021.”

Notably, there are only around 327 million people living in the United States. That means this DoD / HHS project will produce enough coronavirus vaccine doses to cover every man, woman and child in America.

The only reason they would need so many doses is if there is a plan under way to force vaccines on everyone.

Present-day vaccines that claim to treat measles, mumps, chicken pox, HPV and other infectious diseases are deliberately manufactured with a bizarre list of toxic and unethical ingredients, including:

Which ingredients are going to be formulated into the coronavirus vaccine?

And if the coronavirus vaccine is going to be produced without any real quality control or clinical trials, how will drug companies or government agencies know whether the vaccine is safe?

With LA County recently announcing a plan to keep its residents locked down for another three months, and with the FDA and CDC conspiring with Big Pharma to grant “emergency approval” to vaccines which could not possibly go through the required safety trials, it’s abundantly clear that safety is not the issue.

Even Bill Gates now admits that 700,000 people could experience side effects from a coronavirus vaccine, and some of those side effects no doubt include death.

The real goal here is to corral human beings like cattle and subject them to a “kill switch” vaccine injection, which will obviously be engineered with infertility chemicals (soft kill) and engineered elements that cause a cytokine storm death upon a subsequent infection (hard kill). Depopulation has been the goal all along. That’s why they need all the RFID tracking technology: to make sure they’ve injected everyone while tracking now “refuseniks” to be arrested and injected at gunpoint.

And that’s why vaccine mandates are going to be aggressively resisted by the “human resistance” members, who are already aware that the US military is being prepared for a vaccine mandate deployment mission on US soil. President Trump, meanwhile, has become the “vaccine president” and has apparently gone all-in with Big Pharma, pushing his “Operation Warp Speed” project that makes a mockery of the very idea of “evidence-based medicine” or vaccine safety.

Resistance against coronavirus vaccines is already accelerating. It looks like even mainstream conservatives are going to fight to resist the coming vaccine mandates, while so-called “pro choice” progressives are going to claim the government owns your body and can forcibly inject you with anything they want, including experimental, unproven vaccine cocktails. One thing that has emerged from all this is how conservatives are now more skeptical of vaccines than ever before… and the battle for medical choice is rapidly gaining awareness.

It’s clear that any effort by Trump or various governors to push mandatory vaccines on the public is likely to be met with determined resistance.

The vaccine wars may be coming to America very soon.

Are you prepared to defend your body against an assault with a deadly vaccine weapon?

From a human rights perspective, a mandatory vaccination is an assault with a deadly weapon and a violation of basic human dignity and the rights of personhood. This is self-evident from the fact that vaccines kill people every year in America, a verified fact that’s openly admitted by the government in its quarterly vaccine damage reports (VAERS.HHS.gov).

If vaccines kill and maim people — which they do — then forcing an especially fast-tracked vaccine on someone against their will is a form of violence and a clear felony assault against that person.

If someone is attempting to assault you with a deadly weapon, you have every right to defend yourself under US law. No emergency declaration nullifies your exclusive ownership over your own body. And no legitimate government would ever attempt to claim the right to penetrate your body with dangerous substances without your consent.

This argument is even stronger when you realize that there are many ways a person can boost their immunity against an infectious disease, including having good nutrition (vitamin D, vitamin C, zinc, etc.) and maintaining a healthy lifestyle that avoids toxic prescription medications such as blood pressure drugs. For a vaccine zealot to claim that vaccines are the one and only way to protect public health, while denying the effectiveness of all other strategies, is a horrifying example intellectual fraud.

The fact that vaccines can and do spread other diseases under certain circumstances — such as polio, chickenbox and even the measles — reveals that vaccines may actually harm more people than they help. Because vaccines present the risk of harm, the choice of whether to agree to a vaccine injection must rest with the patient, not the doctor nor the government. This is a basic principle of western medicine: Informed consent. (And “First, do no harm.”) In fact, it is codified under medical ethics rules of the American Medical Association.

About the author: Mike Adams (aka the “Health Ranger“) is a best selling author (#1 best selling science book on Amazon.com called “Food Forensics“), an environmental scientist, a patent holder for a cesium radioactive isotope elimination invention, a multiple award winner for outstanding journalism, a science news publisher and influential commentator on topics ranging from science and medicine to culture and politics. Follow his videos, podcasts, websites and science projects at the links below.

Mike Adams serves as the founding editor of NaturalNews.com and the lab science director of an internationally accredited (ISO 17025) analytical laboratory known as CWC Labs. There, he was awarded a Certificate of Excellence for achieving extremely high accuracy in the analysis of toxic elements in unknown water samples using ICP-MS instrumentation. Adams is also highly proficient in running liquid chromatography, ion chromatography and mass spectrometry time-of-flight analytical instrumentation. He has also achieved numerous laboratory breakthroughs in the programming of automated liquid handling robots for sample preparation and external standards prep.

The U.S. patent office has awarded Mike Adams patent NO. US 9526751 B2 for the invention of “Cesium Eliminator,” a lifesaving invention that removes up to 95% of radioactive cesium from the human digestive tract. Adams has pledged to donate full patent licensing rights to any state or national government that needs to manufacture the product to save human lives in the aftermath of a nuclear accident, disaster, act of war or act of terrorism. He has also stockpiled 10,000 kg of raw material to manufacture Cesium Eliminator in a Texas warehouse, and plans to donate the finished product to help save lives in Texas when the next nuclear event occurs. No independent scientist in the world has done more research on the removal of radioactive elements from the human digestive tract.

Adams is a person of color whose ancestors include Africans and American Indians. He is of Native American heritage, which he credits as inspiring his “Health Ranger” passion for protecting life and nature against the destruction caused by chemicals, heavy metals and other forms of pollution.

Adams is the author of the world’s first book that published ICP-MS heavy metals analysis results for foods, dietary supplements, pet food, spices and fast food. The book is entitled Food Forensics and is published by BenBella Books.

In his laboratory research, Adams has made numerous food safety breakthroughs such as revealing rice protein products imported from Asia to be contaminated with toxic heavy metals like lead, cadmium and tungsten. Adams was the first food science researcher to document high levels of tungsten in superfoods. He also discovered over 11 ppm lead in imported mangosteen powder, and led an industry-wide voluntary agreement to limit heavy metals in rice protein products.

In addition to his lab work, Adams is also the (non-paid) executive director of the non-profit Consumer Wellness Center (CWC), an organization that redirects 100% of its donations receipts to grant programs that teach children and women how to grow their own food or vastly improve their nutrition. Through the non-profit CWC, Adams also launched Nutrition Rescue, a program that donates essential vitamins to people in need. Click here to see some of the CWC success stories.

With a background in science and software technology, Adams is the original founder of the email newsletter technology company known as Arial Software. Using his technical experience combined with his love for natural health, Adams

Adams has also helped defend the rights of home gardeners and protect the medical freedom rights of parents. Adams is widely recognized to have made a remarkable global impact on issues like GMOs, vaccines, nutrition therapies, human consciousness.